Lakshadweep is a group of 36 islands located in the Bay of Bengal, which separates the Lakshadweep Sea from the mainland of India. The group of coral built islands – Lakshadweep, India’s smallest union territory. Its capital is ‘Kaavaratti’.The word Lakshadweep in Sanskrit and Malayalam means “group of one thousand islands” 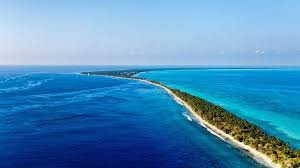 2.Some people here believe that in 661 Ubaidullah, an Arabic man had begun Islam’s religion. His grave is seen on the island of Androth. In the 11th century, this island was ruled by the Chola dynasty and after that Kananor was ruled.

3.On November 1, 1956, Lakshadweep has declared a Union Territory separated from Madras. Before the name was given to the island, some people called it Laccadive, Minicoy and Amindivi Islands, but on November 1, 1973, it was named Lakshadweep.

4.People living on this island speak like the people of Kerala and get a mixture of Indian and Arabic languages in their language.The people of Lakshadweep speak only in the Malayalam language.

5.The culture and tradition of the Lakshadweep group are quite prosperous. There are many customs and traditions here. The people of Islam’s religion also live here, but you can also see people of other religions.

6.It is a well-known place for pollution-free air, clean water, and guest hospitality and convenience.
Here you can enjoy the sea driving or enjoy a lot of natural pleasure and comfort. Here are the main shores – the Kavaratti coast, the coast of Kalpani, the Minicoy Beach, the Kadmat Coast, the Agatti coast and the Bangaram coast.

8.Kavaratti
This is the most developed island of Lakshadweep. Kavaratti is also the capital of Lakshadweep, and most of the people coming from outside are living on this island. There are many mosques (about 52) in which ujra Mosque is the most beautiful. 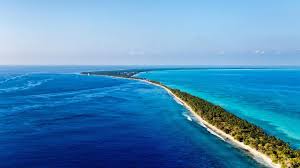 9.Kalpeni
Kalpani is located at a distance of about 76 km from Andorot. This place is located in a large bay. There are different types of sea creatures in this bay.

10.Kadmat Island
Kadmat Island is the most beautiful island here, which is why it has become a tourist attraction. To the west of this island, there is a very large gulf, which is situated only 10 km away from Amini.

11.Bangaram Atoll
Due to its very soft sand and forest, it is considered to be the world’s best tourist destination. The sand is so good and soft because of its ocean. This island is about 8 km away north of Agatti Island.

If you know any new things about Lakshadweep  , then definitely tell through the comments so that other people can read, thanks.