Andhra Pradesh was created as a state by separating it from Madras on October 1, 1953. On 1 November 1956, Andhra State was formed and on 2nd June 2014, the state was split and became Telangana state.It has a coastline of about 974 km in the Bay of Bengal. The main rivers of the state are Krishna and Godavari. Other important rivers are Pennar and Tungabhadra. 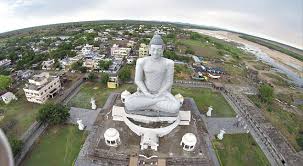 If you know any new things about Andhra Pradesh , then definitely tell through the comments so that other people can read, thanks.